2 kuukautta sitten
H
Hello everyone. I was told by CElisa that each extra box would cost 20 euros. I was shocked... Very expensive. Now I bought the Viihde packages and they tell me for each of my 3 TVs I have to pay for each package triple. So this will cost about 300 euros a month..... This is nuts. Any suggestions anyone since my rowhouse has an antenna connection and I cant see any news, new kids channels etc on Plus TV... Is Satellite much better for me. I am lost and they are giving me a week to make my final decision...

Could you explain what that 300 euros a month includes? Did you subscribe some pay tv channels for each digibox?

By the way, if you have an ADSL connection, the bandwidth may become an issue if you try to watch three IPTV channels at the same time, especially if some of them are HD channels.
H
Hello,

Yes I ordered 2 more packages making it about 95 a month for the 1 box.... So they want 95 x 3.  I do not plan on watching all 3 at once. Maybe 2 if I go to my bedroom and the kids have theirs on.. They sold me all this without telling me about bandwith and that I would have to pay for 3 packages.... I was / am changing from PlusTV. I guess having a rivintalo with antenna connection makes my choices limited. That is why I am questioning a Satellite... Any feedback would be greatly appreciated.

You don't have to subscribe the same pay tv channels for each digibox unless you want to. So, you could subscribe, for example, a different channel packet for each box.

If you want to be able to watch the same pay tv channels on all your televisions, PlusTV or satellite would be a better choice because they offer parallel cards (rinnakkaiskortti), so you didn't have to pay three times for the same channels.
K
As far as I know only one Viihde-digibox is supported with one subscription.

However, you can use a computer to watch the recordings from anywhere. I have solved the secondary television in study room with an USB digibox in desktop PC. Bedroom TV has a RaspberryPi minicomputer with Raspbmc + TVheadend software + USB digibox and all controls happen with tablet and our telephones with Yatse application. This way I can watch the Viihde recordings anywhere in house plus all the free channels with easy controls. 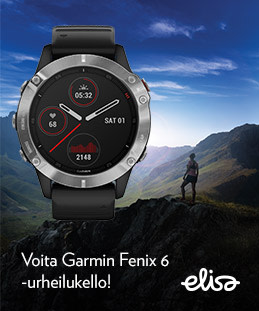