I bought the E5220 last year and used it with FULL satisfaction. End was beginning Aug 2014.

Is the Sim-card still working?

How to re-use the Original Sim-card again this year ?

Need to put money on the card, is it then starting when I use the card first time in Finland? Or at once ?

Or buying a new Sim-pakket at R-kioski on first arrival ?
icon

Thanks for the answer .  I almost payed an extension to the card, Lucky I didn't.

The possibility to pay was WORKING , I only did not activate the paying.

That paying possebility should be BLOCKED for that number !

Then its easy to start again the 47th holiday year Suomessa.

+3
If the possibility to pay is working, you can trust that your card is still active. In site http://elisa.to/1J1pEua you can't do anything if your card isn't active anymore, the phone number won't be accepted when doing the refill.

The 47th Summer Holidays ( 6 Weeks) in Finland are over. PerheNetti and the Kolumbus-SIM (now Saunalahti) worked as before.

Thanks for the info at this point.

Member of the family bought also a PerheNetti mobile WiFi due the experiences with my MiFi.

We use it during the non-holidays in Alankomaat with a local SIM.

See , Hear You next holiday in 2016
The next bug takes a little longer = Own expierence in IT-maintenace 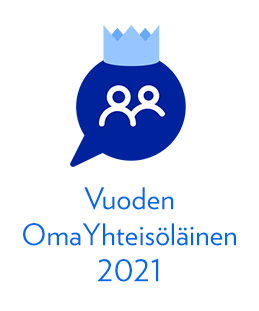